Photos from The Battle of Koh Chang,  The memorial museum at Laem Ngop & The refugee camps along Thai border. 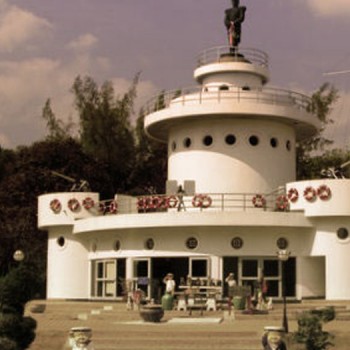 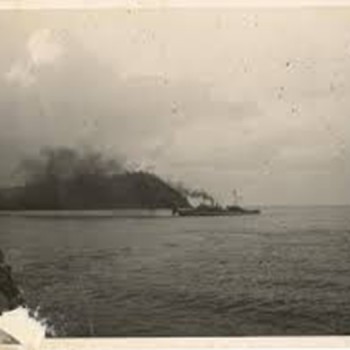 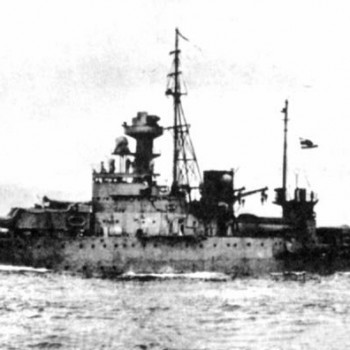 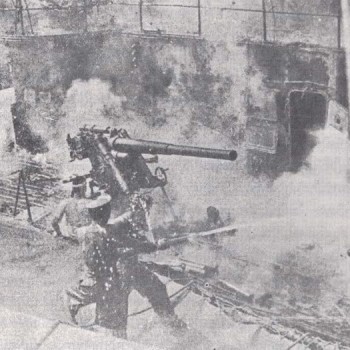 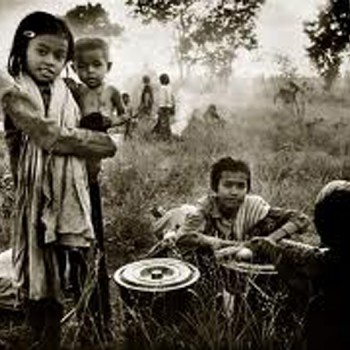 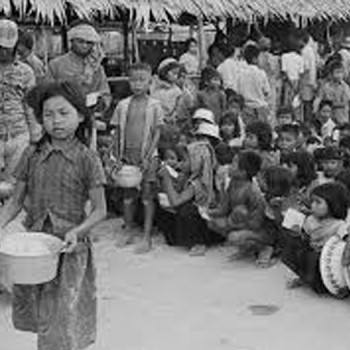 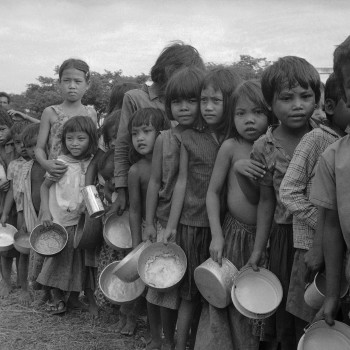 The Battle of Koh Chang.

You would be hard pressed to find any mention of Koh Chang prior to the Second World War. With most of its 217 square kilometres covered by impenetrable rainforest it was home to fishermen and their families, most of them centred around the village of Salek Phet on the southern tip of the East Coast, as well as fruit and coconut farmers. But during the Franco-Thai war an event occurred which was to ensure Koh Chang a place in Thai history.

On a cloudless January morning in 1941, a small Thai force comprising two torpedo boats – Songhkla and Chonburi – and the battle cruiser Thonburi, was anchored in Salek Phet Bay unaware that a five-strong French flotilla, armed with intelligence based on aerial reconnaissance was preparing a surprise attack. Just before sunrise on January 17, The Battle of Koh Chang began both Thai torpedo boats were sunk and at 06.38 the French light cruiser, Lamotte Piquet, engaged Thonburi in a running battle that was to last for more than an hour. Finally, at 07.50, after a ferocious fight during which the courage and tenacity of the Thai sailors was acknowledged by their enemies, and with Thonburi on fire, listing badly and grounded in shallow waters, the French disengaged. But the Thais were not finished and for the best part of the next hour found themselves under attack from the air. Eventually the attack fleet broke off and headed back to port in Saigon. The French had also planned to bombard Thai coastal towns from Trat to Sattahip, but The Battle of Koh Chang turned out to be the last significant event of the war for within a month the Vichy French and the Thais negotiated a treaty which ended the conflict.

A memorial to the battle and the 36 Thai sailors who lost their lives stands at the South Eastern tip of Koh Chang and, on the mainland at Laem Ngop, there is a second memorial incorporating a museum detailing the events of that January morning. Each year, the anniversary of the encounter sees a large naval presence in the waters around Koh Chang with commemorative events held at both sites.

Although the area of Koh Chang around Lonely Beach was first ‘discovered’ by backpackers in the mid-1970s, it was not until the final years of the 20th century that the island began to realise its true tourism potential. Places such as Koh Samet, Phuket, Samui and Pattaya were already well established as tourist destinations by then and to understand the reasons for Koh Chang’s delayed arrival in the holiday brochures one has to look to the long-running conflict between Cambodia and Vietnam.

It was a bitter and largely forgotten war which claimed tens of thousands of lives but which received scant coverage in the western media. Having seen off the French and the Americans, Vietnam turned its attention to its neighbours in 1978 to drive out the murderous Pol Pot regime. Within a year Vietnam had taken over Cambodia and thousands of cIvilian refugees, as well as supporters of Pol Pot’s Khmer Rouge, were forced to flee their homeland and cross the Thai border where dozens of refugee camps were set up, including some in Trat Province, just across the water from Koh Chang. The conflict engulfed the region for more than a decade and at times there were fears of an all-out South East Asian war involving Thailand with the added threat of Russia, the U.S. and China being drawn into the confrontation. During those bloody years border skirmishes and shelling claimed the lives of many thousands of civilians – Thai as well as Cambodian.

Some of the bloodiest fighting took place along the Thai border and Koh Chang’s close proximity to the war zone meant that the tour operators and developers kept a safe distance – even if the backpackers continued to enjoy Lonely Beach, blissfully unaware of the slaughter that was taking place only a few miles across the water! Although Vietnam pulled out of Cambodia in September 1989 it was almost another decade before life returned to normal along the Thai border. Pol Pot died in 1998, and the following year the refugee camps were closed and some 370,000 Cambodians returned to their own country.

So it was that in the late 90s that Koh Chang began to gear itself up in earnest for what we have today. The road, stretching from Bang Bao on the west coast to Salak Phet on the east coast – but still not circulating the island even 15 years later – replaced the rough tracks and ferries took over from the fishing boats as a means of getting visitors across the short stretch of the Gulf of Thailand from the mainland. With improved communications and infrastructure, large scale investment soon followed and in the relatively short time since then just about every available piece of west coast land with a beach frontage or sea view has been developed to cater for the increasing numbers of visitors from all over the world. For the most part the cheap backpacker accommodation of the mid  70s has given way to luxury developments charging western prices for five star prices. You can still get an idea of the way things were before the tourists arrived if you explore the east coast of the island. There has been development but on a much smaller and more intimate scale. More picturesque and green than the opposite side of the island you will find local communities still making their living by fishing and fruit farming, good value traditional Thai food at roadside restaurants and boutique resorts where you can really get away from it all – in other words a taste of the real Thailand.

Our spacious bungalows and jacuzzi villas sit in a beautiful tropical garden featuring a wide range of plants including orchids,palms,shrubs and bamboo.

Class and high quality is the hallmark of the air-conditioned accommodation all within a short walk of the seafront infinity pool and beach with each built to the highest specifications including en suite facilities and a large shaded wooden balcony with table and chairs.

Stay in the loop? 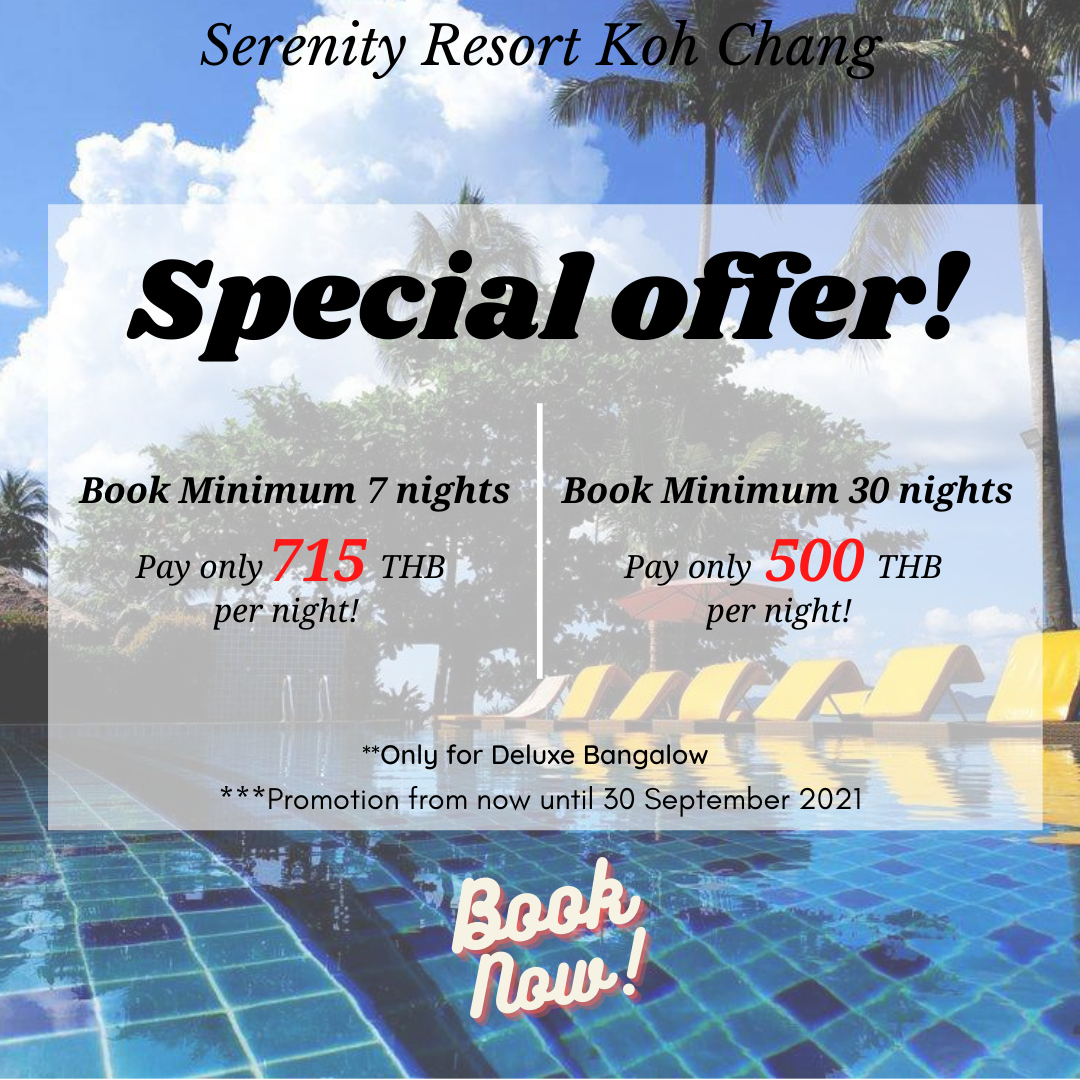